A favourite Nassau Bahamas vacation landmark setting the standards of hospitality in Nassau since 1900, the hotel reopened as the British Colonial Hilton, Nassau in October 1999. Hilton's 18-month, $68-million restoration converted the timeless classic into a thoroughly modern luxury Bahamas hotel destination. At the same time, the renovation preserved the hotel's historic resonance and enhanced its tropical charm. Today's British Colonial Hilton claims the only private beach at the city's center. An ideal home base for Bahamas vacation, it offers not only the beach and a freshwater pool but lush tropical gardens, a full fitness center, and an on-site scuba-diving and snorkeling facility.

How the Stage was set

1939: The hotel passed into the hands of a wealthy Canadian, Sir Harry Oakes.

1999: Now under the Hilton umbrella, the hotel recieved a major revamp.

The site was occupied by Fort Nassau, built to protect the western entrance to the Nassau Harbour.

1900: A hotel was built on this site by Henry M Flagler who was also responsible for the development of Breakers Hotel in South Florida.

1922: The original wooden building burnt down in and was replaced in by the existing concrete structure, which has been a hotel ever since.

1939: Sir Harry Oakes purchased the hotel, along with the first airport and golf course. Years later he was found murdered under mysterious circumstances. The case caught the public interest at the time because of his friendship with the abdicated King Edward VIII and his American divorcee wife, Wallis Simpson. Edward was made Governor-General of the Bahamas during the Second World War.

1999: Hilton renovated the hotel, maintaining the historic façade of towers, galleries, and molded reliefs. One relief, high on the central tower, depicts Christopher Columbus, who now views the pool, gardens and sandy beach below. A new mural depicting the history of the country adorns the entrance hall. In front of the hotel is a statue of Woodes Rogers, the ex-privateer who was appointed governor and cleaned out the nation's pirates. Indeed his first task was to publically hang 8 pirates in Fort Nassau!

The resort's colonial-style architecture and beachside swimming pool provided backdrops in two James Bond movies: 1965 Thunderball and 1983's Never Say Never Again (Kim Basinger waterskiing in front of the resort and into the hotel's old bar, once located at the end of the Pier). In honor of the films (featuring Sean Connery as Bond), the hotel created a Double-0 ocean view living room suite filled with Bond movies, posters, books, CDs (including one called 18 James Bond Film Themes) and movie stills.
Rooms 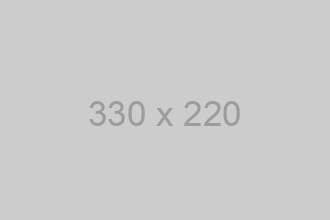 The Ocean Club has recently added the adjective "One and Only" to its name. We never doubted that in the first... 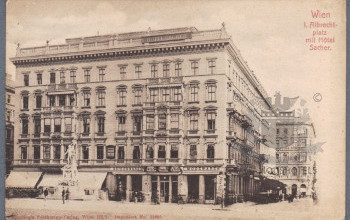 The Hotel Sacher is a Viennese institution. It opened its doors in 1876. At that time, Franz Sacher, the father of the... 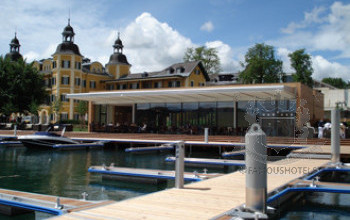 For over 100 years Hotel Schloss Velden was the meeting point of the international jet set. The King of Thailand... 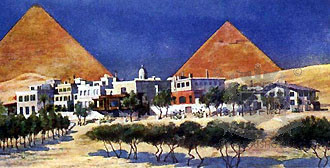 The Mena House presented us with a remarkable challenge — we had to verify its opening date which... 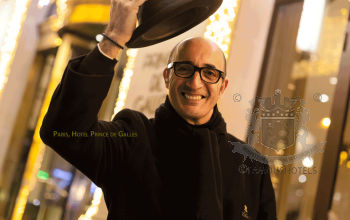 The Parisian hotel with two names! And it all started with a kiss! More than anybody else, Edward, the Prince...

First of all, obtain your very own and personal copy of Marcel Proust’s A La Recherche du Temps Perdu....