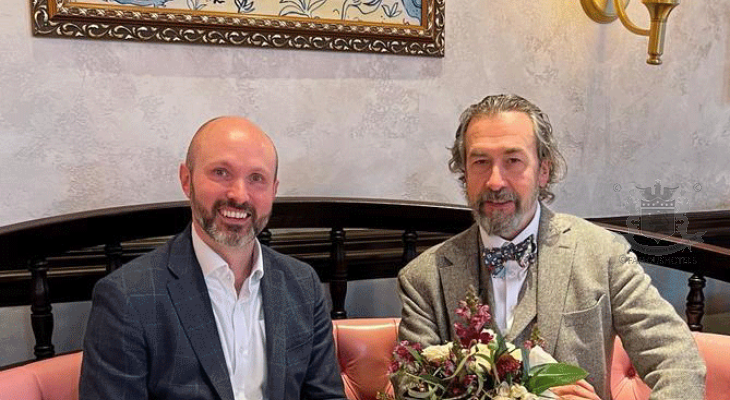 Philip Lewis, general manager of the Randolph in Oxford, has breakfast with Adrian Mourby, photographed by Kate Tadman-Mourby

I met the general manager of the Randolph, Philip Lewis, for breakfast and a hotel tour. Philip joined in 2019 the Randolph while it was still part of Macdonald Hotels. He has since stayed on to oversee this multi-million pound refurbishment. The purchase of The Randolph by A.J.Capital/Graduate Hotels has brought a much needed injection of money into a great Oxford institution. However much it has cost – and it’s a lot - he has never been told. “Never?” I repeat. And he remains diplomatically silent on the subject.

As ever, I put to him our famoushotels General Managers’ Breakfast questionnaire:

What is your favourite breakfast?

I'd like to say the Full English Breakfast but these days I tend to go for poached eggs and bacon.

Is there a dress code at The Randolph?

Could you imagine welcoming a guest in jeans and t-shirt?

What was your dream profession as a child?

I wanted to run a sweet shop. I asked my four-year daughter recently what she wanted to be when she grew up and she said she wanted to be a fairy. I'm not sure if there's much money in that! Maybe she can be a tooth-fairy.

What did you change when you took over?

Well there was this strange smell of old drains that used to come into the dining room occasionally - a lot of people mentioned it - so I asked our maintenance guy to look into it and he disappeared into the lift shaft for ages. And I thought "Have I just lost my maintenance supervisor?" Eventually he came back. He'd found an uncapped [mediaeval] sewer running under the hotel. So we concreted that over and got rid of the smell.

There was also a bedroom that lost a lot of space to a cupboard on the landing outside so I said, "Get rid of the cupboard and make the bedroom bigger." It should have been easy but this is an old building. I think it turned out to be the most expensive part of the refurbishment!

How important is the hotel's history as a marketing tool?

Very, very important. It's not just about having a bed to sleep in. People want to be part of a story.

Have you studied the history of the hotel and its related facts?

Yes. And one of the things I have found in Oxford is that everyone knows better than you. I was giving a talk recently and I mentioned a photo of a steamboat in the bedrooms. And the fact that it used to take women students at Oxford over to Ireland and someone interrupted me to point out not only the name of the boat but also the name of the captain!

What do you want to have accomplished in the next ten years?

To put the Randolph back at the top and to make it a part of the Oxford community again.

The Randolph was built in 1866 and is one of those hotels - like Chateau Frontenac in Quebec and Gstaad's Palace - that is as much a sy... 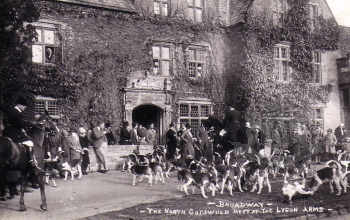 He travels the world, visits the hospitality palaces of our globe, lives at luxurious hotels, surrounded by famous names of legendary t... 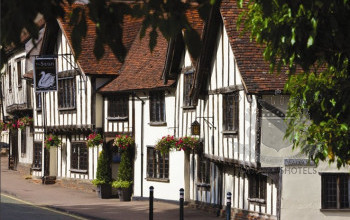 Some hotels are world famous, some are not. The Swan Hotel in Lavenham is quintessentially English, says famoushotels - travelling amab...