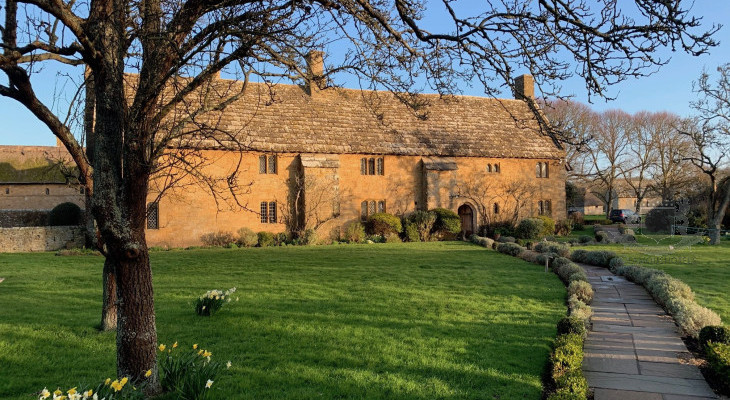 Today you could be forgiven for thinking that Bailiffscourt is the remains of a medieval Sussex village by the sea, but it’s actually – like the Cala di Volpe at the emerald coast Costa Smeralda –  a very convincing fake.

July 2020: British hotels are reopening — — all Select Members of The Most Famous Famous Hotels are about to serve, again, after Coronoa forced most out of business since March 2020. And there are all the others, small, most unusual lodges, inns, boarding houses and special places we all love so much. One of them is Bailiffscourt on Sussex coast. Famous for being the place for madcap country parties during the Roaring Twenties of the wealthy Guinness family.

Guess who's coming to dinner? 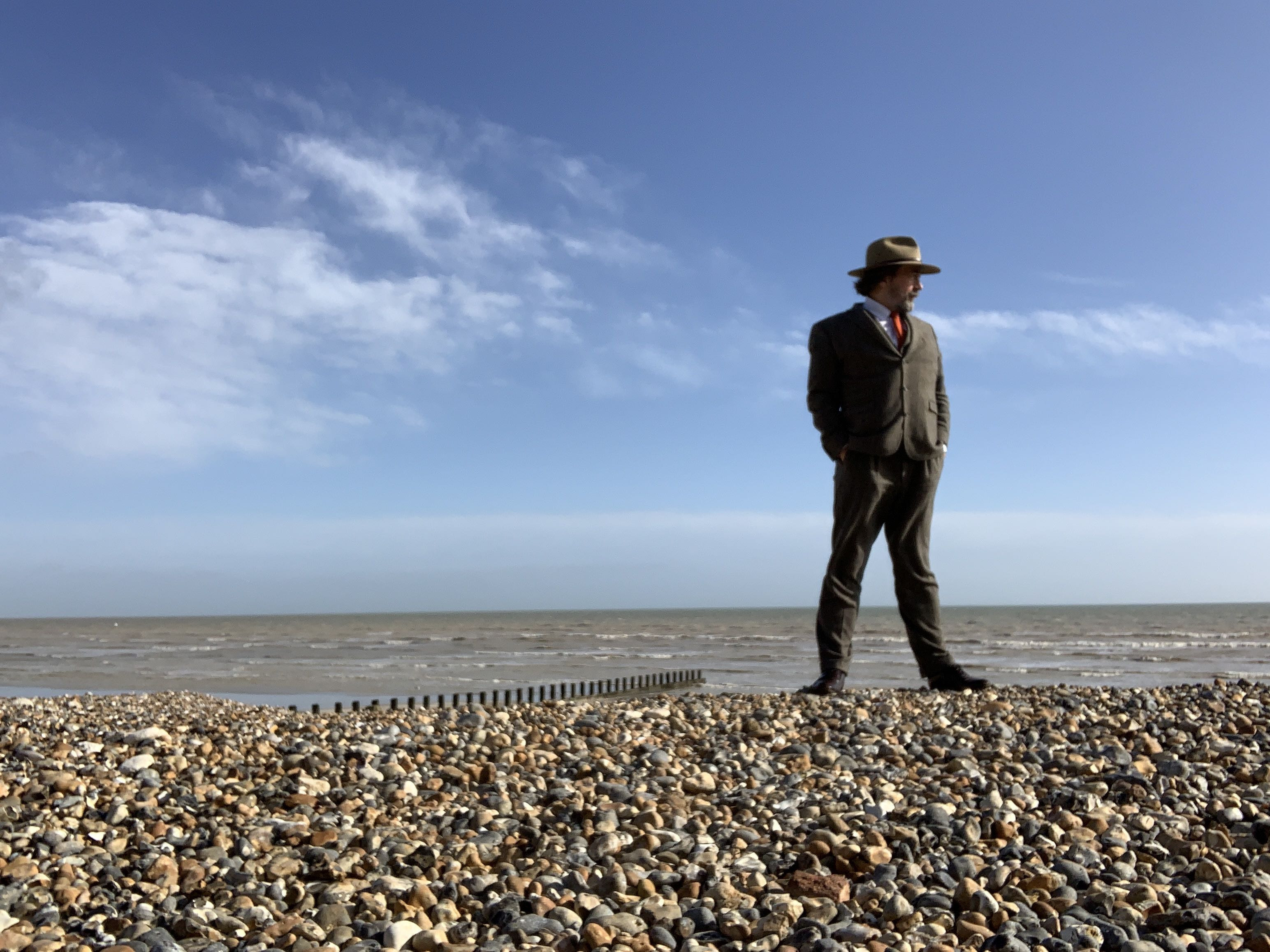 Bailiffscourt is an unusual hotel, even by British standards. It sits on the Sussex coast and consists of a series of medieval houses, barns and stone cottages, that were all reassembled on the private estate of the wealthy Guinness family in the 1920s. Only the thirteenth-century chapel is in its original place. Walter Edward Guinness, 1st Baron Moyne and his wife Lady Evelyn built Bailiffscourt as a place for madcap country parties during the Roaring Twenties. She had her bedroom in Bailiffscourt Manor (now the hotel’s reception) while he had his in the Thatched House, a dismantled and reconstructed medieval building that he shared with their children. An underground passageway linked the two houses - and still does today - so that Lady Evelyn could visit her family when she wasn’t entertaining an admirer or two.
Over the years more buildings were added to the estate by the amateur architect Amyas Phillips whom the Moynes had met and befriended when he was running a Sussex antique shop. After World War II, and following Lord Moyne’s assassination in  Palestine, the Guinness family sold the estate to a German refugee, Emmy Birrer who with her husband, Hans turned it into a 39-room hotel. Frau Birrer was still running the hotel well into the 1970s. 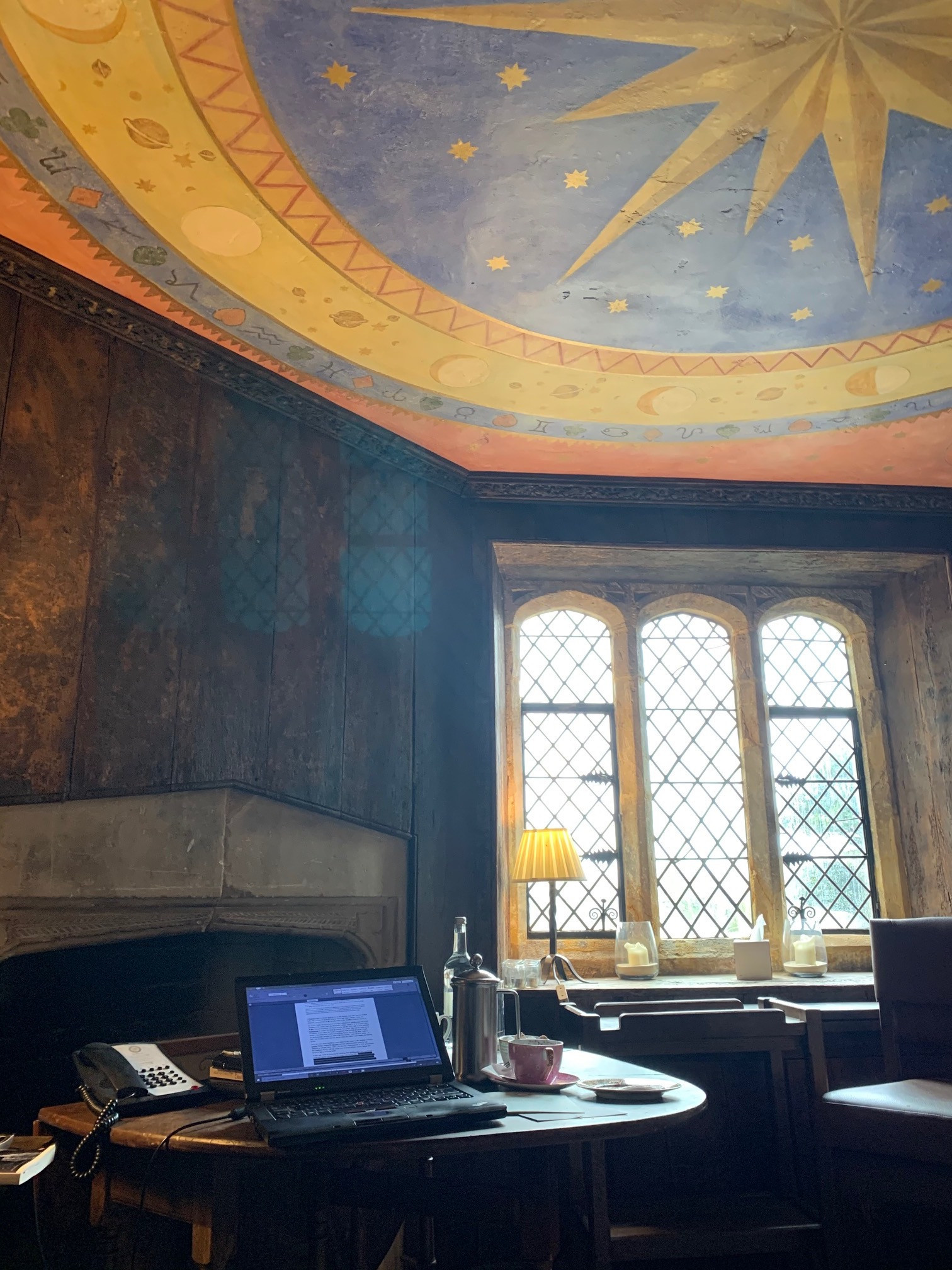 Today you could be forgiven for thinking that Bailiffscourt is the remains of a medieval Sussex village by the sea, but it’s actually a very convincing fake. The fact that Lord Moyne bought up all the surrounding shoreline to make sure modern building did not undermine the integrity of his historical folly means that Bailiffscourt today represents a merciful gap in the overdeveloped English coastline between Brighton and Bognor Regis.
In 1993 Sandy Goodman, owner of two Sussex hotels, The Spread-Eagle in Midhurst and Ockenden Manor in Cuckfield, bought Bailiffscourt to create a small private portfolio called Historic Sussex Hotels. This family chain is now run by Sandy’s daughter Miranda and her husband Pontus Carminger.
These days it’s increasingly rare to find family-run hotels in Britain and certainly unusual to find a family chain. All three hotels in the group are remarkable in their own way. Bailiffscourt is perhaps the most romantic however, as seven of the 39 bedrooms have open hearths and real log fires. Rooms take their names – Le Herne, Wymcrofte, Langmeade and Meadfeylde – from the names of local fields outlined on a map dated back to 1610 that is in the hotel’s reception. Guests can choose to sleep in the manor itself, in Lord Moyne’s Thatched House, in a reconstructed fifteenth-century gate house that was brought from Loxwood in the north of Sussex or a half-timbered seventeenth-century house imported from Hampshire.
Despite all its oak-panelling, mullioned windows and four-poster beds Bailiffscourt may not be an authentically old hotel - but it’s the nearest thing you’ll find to old that actually isn't.