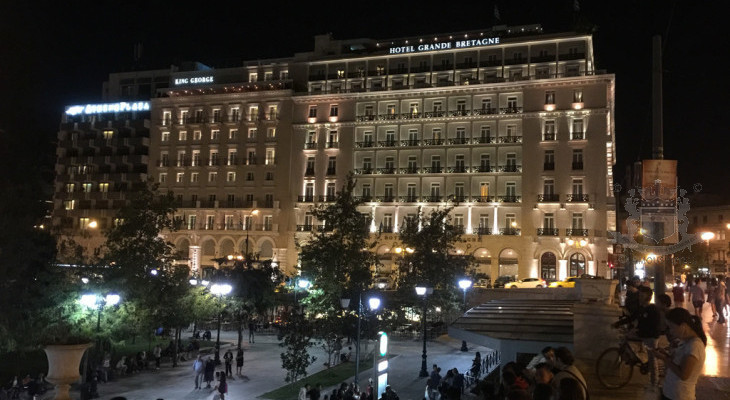 On Wednesday, 15 July 2020, one of the most important buildings in Athens reopens to the public. It’s not the Acropolis, nor is it the Hellenic Parliament (although that building, originally the palace of King Otto I, is its next-door neighbour). The building I’m talking about is,  of course the Hotel de la Grande-Bretagne sur La Place du Palais Royal or as it is known to Athenians these days, the GB. 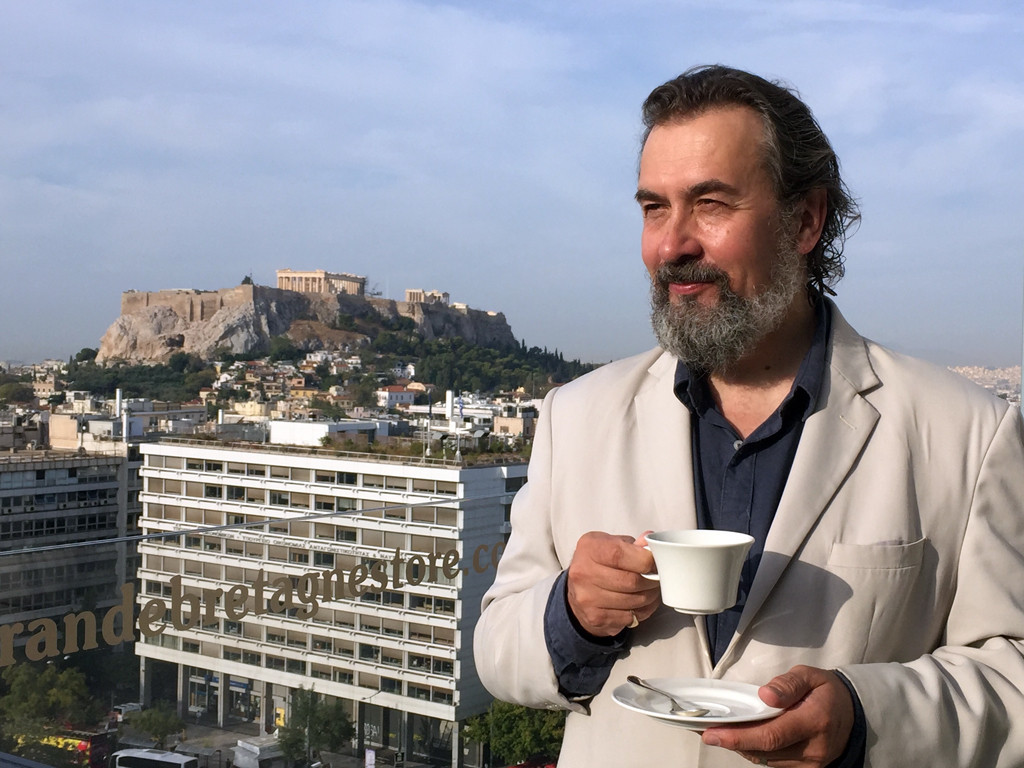 ADRIAN MOURBY on top of the GB

Like every hotel in Greece, the Grand Bretagne has been closed since mid-March because of the country's very effective lockdown. Shutting everything down early meant that Greece only experienced 3,672 cases of Covid 19, and as few as 193 deaths. And now the country is re-opening up and celebrating the return of guests from all over the world.
In my long years of visiting Greece I'd say there is nowhere is better for a celebration in Athens than at the Grand Bretagne. The hotel may be palatial in appearance but it is friendly in demeanour.  This historic building began life as the Dimitrou Mansion, built in 1842 by a businessman from Trieste. In 1873 an ambitious hotelier, Stavvas Kentros rented the mansion, intending to turn it into a hotel. In 1879 he took on a partner, Stathis Lampsas. Young Stathis had worked in Paris and had come back with some boldly cosmopolitan ideas. The two men shared a vision for a grand new Athenian hotel.  As the capital of the new Kingdom of Greece, Athens was growing rapidly and it needed a respectable and distinguished place for its guests to stay. By 1885 the partners were able to buy the Dimitrou Mansion outright. Three years later, after Stavvas Kentros’s death, Lampsas bought his widow’s shares and as sole proprietor made the hotel central to Athenian life.
In 1891, at a time when it was a novelty for hotels outside Paris to aspire to culinary excellence, he opened a luxury restaurant in the Grand Bretagne. Lampsas also inaugurated dinner dances and in 1896 offered the hotel as a headquarters for the International Olympic Committee, who were overseeing the first modern games in Athens. Moreover Mr Lampsas continually expanded the footprint of the hotel, with financing from six of Greece’s biggest banks.  By the time he died in 1923 and his son-in-law took over, the Grande Bretagne was beginning to rival the splendour of its near neighbour, the royal palace.
During World War II the hotel’s air raid shelters made it an ideal base for King George II, the general staff of his army, and the British forces in Athens. When Greece fell to the Wehrmacht in 1941, the Germans naturally took over the hotel as their headquarters, but in October 1944 it was once again the headquarters of the British after Greece’s liberation.  That December disgruntled partisans tunnelled into the hotel’s cellars intending to blow up the British High Command. Everything was in place for a Christmas Day massacre when Winston Churchill was seen entering the building for a drink with his troops and the attack was called off. Killing British generals was one thing but you didn’t assassinate Churchill.
In 1957 the Dimitrou Mansion at the core of the old hotel was demolished and the current hotel facade created. So the building we see today has stood on this commanding spot since 1873, yet it only really reached its current size and shape 84 years later. It is remarkable that the Belle Epoque edifice we enter nowadays with its marble floors, Corinthian columns and painted ceilings only came into being in 2003 (just in time for the 28th Olympiad of 2004). Today the grand dame on Syntagma Square has never looked better – or more splendidly nineteenth-century.
The Grand Bretagne has witnessed Greek revolutions, wars, occupations, the frequent deposition of its monarchs, the dictatorship of the colonels, the economic crisis of 2008, and recently one of the most drastic but most effective responses to coronavirus pandemic. It is wonderful to have this grandest of European dames back.
For further information on visiting Athens and Greek hotels in 2020 visit: www.discovergreece.com. 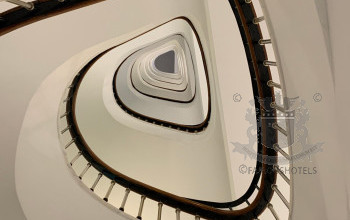 A HOTEL — LOST IN ATHENS

“’Well … I’m not quite sure,’ Chester said. The Grande Bretagne was unquestionably the biggest and best hotel in Athens, but ...

The liveried staff prepared by calmly removing the brass handrail in case a riot ensued. This is a hotel that has seen a lot of history...

Adrian Mourby is falling in love with the opportunity to sleep at the station. At some point we have to get him out of the gutter.

You can tell a lot about a hotel from its staircase. Some dominate the foyer as if attempting to emulate a palazzo or perhaps the Opera...

The Balmoral Hotel looks like a Gothic Castle perched above Norloch, the swampy ground beneath Edinburgh castle that once acted as its ...